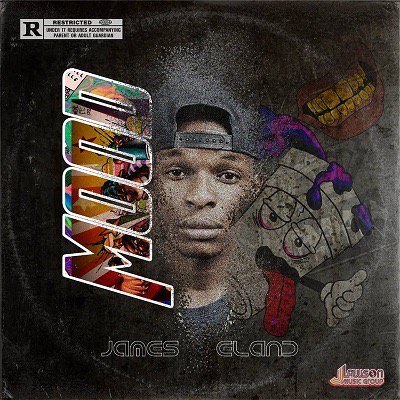 At Ntune Entertainment Group we are all about discovering/promoting new & dope talent to the world. Check out our exclusive interview with rising international star James Eland below and don't forget to comment, share, download "Mood"
and follow the artist!

1.How did you get started in music ?
I started off back in 2010 under a then known international YOUTH MUSIC EXCHANGE (YME) from New York which was led by Dr Michael Bitz. I formed a digital band of 7 called THE METEORYTZ and we released an album under YME project, up until it closed down in 2013. Started going Solo in 2017 with my hit Single called DRINKS POPPIN' which I released under my own label MUSIC YARD COMMUNITY ENTERTAINMENT. Then followed the rest of the songs under distribution by JLAWSON MUSIC GROUP.
2. Who are some of your musical influences?

3.If you had to describe your performance style in one word what would that be?

My style in one word is UNIQUE

4. What makes you unique?

The people who listen and support my music are exceptional they comment more of my uniqueness than I do. This makes me unique a lil more

5. Who would you like to work with, be it producers, artists, mainstream or indie?

I would love to work with T.I, Trey Songz, Casper Nyovest (RSA), and other good as I am up coming musicians.

FOR MORE INFO VISIT JLAWSONMUSICGROUP
6. Who have you been working with thus far?

Thus far I have been working with Mr. Flamboyant, Dj Rick Live and various djs and producers like locally Dj T Hustle, Gabz Fire and Viper Beetz ( Producers With Venom)

7. What are some of the challenges you’ve faced?

The beginning of Lockdown due to COVID-19 back in 2020 that got us paused for almost 2years due to performance restrictions and funding. Also another challenge was getting a good management before I came across JLMG. Being in this industry is tough for that breakthrough.

The craziest thing I ever done was to think education is not necessary. Which is why now am studying again. Education is power especially in this industry one needs that back up plan.

Local show I perfomed in 2018 called the GQOM LIVE MUSIC FESTIVAL. That was the best experience for sure

10.Where do you see yourself in five years?

Live performance on huge platform like Festivals and cooperate stages. Also high number of audience attendance. Wanna be in the mainstream in 5 years possibly