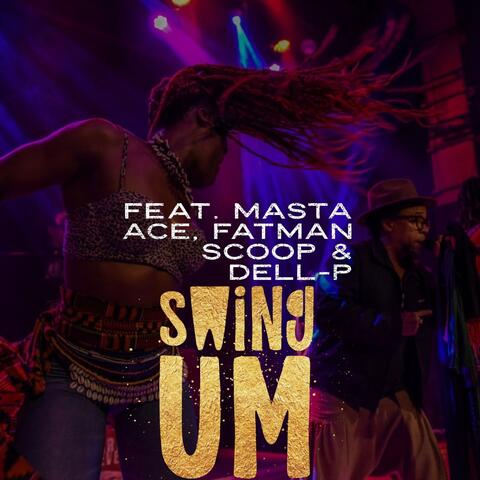 Check out the first live performance of #ADTheBand's new Single featuring Philly's own Dell P "Swing Um".  Swing Um is a feel good anthem that has that real hip hop sound and the lyricism you come to expect from Arrested Development. Swing Um features some vets in the game such as; Fatman Scoop a rapper, promoter and radio personality famed for his on-stage rough, raw loud voice. It also features Masta Ace, rapper and record producer noted for his distinct voice, flow and has influenced several MCs. It's also great to see Dell P working with such a legendary group of emcees and making waves as a seasoned but new artist in the mainstream music industry hailing form Philly PA. Arrested Development was formed in 1988 by rapper and producer Todd Thomas "Speech" and turntablist Timothy Barnwell (Headliner). The group's debut album "3 Years, 5 Months and 2 Days in the Life Of" was the number-one album in the Village Voice's 1992 Pazz and Jop and in The Wire's 1992 Critic's choice.The group won two Grammy Awards in 1993 for best new artist, making them the first hip hop artist to win this award and Best Rap Performance by a Duo or Group, and were named Band of the Year by Rolling Stone. The debut album sold over 6 million copies worldwide.They are well-known for creating the holiday "Cinco de Cuatro," celebrated every year on May 4th.
A few months later, the group was approached by film director Spike Lee to compose a song for his upcoming biopic based on the life of Malcolm X. The group then recorded "Revolution", which appeared on the oldies-dominated soundtrack for the film as well as the second half of its closing credits when the film was released in 1992. AD The Band continue to tour and make great feel good music. Check out the full song on youtube featuring Speech of "AD" Fatman Scoop, Masta Ace and Dell P. Press Play, leave comments below & don't forget to follow the label.
For More Info Visit RRRHIPHOPLIVE
Follow The Artist
@ADtheBand @Speech__
https://www.arresteddevelopmentmusic.com
@mastaace
https://www.mastaace.com
@fatmanscoop
https://fatmanscoop.com
@whoisdellpee
https://dell-p.bandcamp.com/
Follow The Label
Click Here