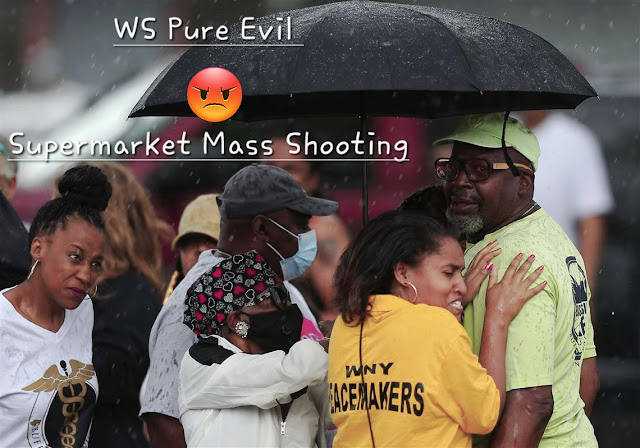 13 shot in supermarket mass shooting. The suspect has been indentifed as 18 year old, Payton Gendron. Payton decided to go on a killing spree in a predominately black area at a supermarket. Police are saying this may be a hate crime, detailing the shooter had a manifesto. The FBI will be investigating the shooting as both a hate crime and racially motivated, violent extremism. The shooting took place in Buffalo NY at Tops Friendly Market. Three were killed in the parking lot and 7 more in the store. Of the 13 shot 10 were fatally wounded. Erie County Sheriff John Garcia pointedly called the shooting a hate crime. Check out the video below detailing what happened and prayers to the families of victims.