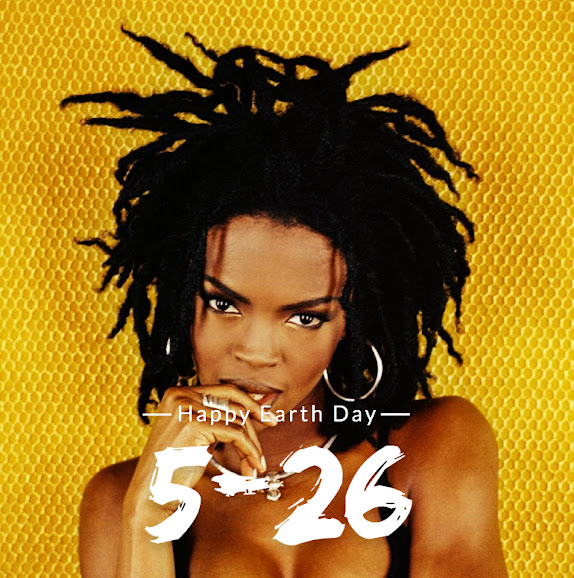 Lauryn Hill was born 5/26/1975 in Newark New Jersey. Ms Hill is best known for her work as a member of "The Fugees"(With Wyclef & Praz) and she is even regarded in many circles as one of the greatest rappers of all time. She is definitely ground breaking and influential for not only female artist but hip hop period. Her album "The Miseducation Of Lauryn Hill" released in 1998 debuted at #1 on the US Billboard Charts. The album had the highest first week sales for a debut by a female artist in the 20th Century. The album included hits like "Ex-Factor" and "Doo Wop" (That Thing). The grammy's awarded the legendary femcee with 10 nominations which is a record for a female artist and she ended up walking away with 5 awards including "Best Album". Ms Hill also shined on the big screen (Sister Act 2) and in music she continues to make music that inspires to this day. Let's give this queen her flowers while she's here and celebrate her Earth Day with shares, retweet and single and album downloads. What's your favorite L Boogie song? List it in the comments below.
Don't Forget To Share, Comment & Follow the Label!!
For More Info Visit Ms. Lauryn Hill
Follow Ms Hill
@MsLaurynHill
https://mslaurynhill.com
Follow The Label
Click Here