on January 24, 2022
There Is No Age Limit On Hip Hop! (Ep.4)
@CHILI_BO Unplugged
#ChiliboTV #HipHop #DrinkAlotRecords 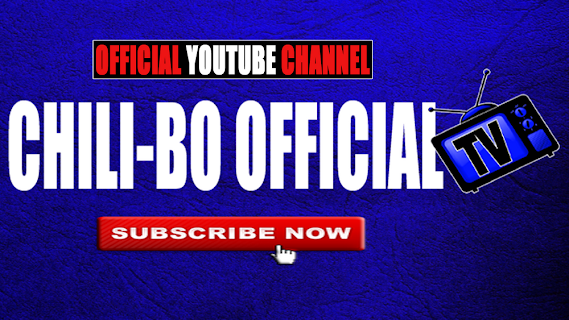 Support this brother Chili-bo hip hop veteran compliments of Oakland California. Bo's been making waves & has been a fixture in the culture of hip hop since the late 80's. Since the start he's been making that"Ghetto Muzik" that will keep ya head nodding and ya trunk vibing. Ntune Ent Grp has had the pleasure of working with this " dope emcee" on many occasions and we look forward to more work in the future. We have collaborated on songs such as, The World Is Gonna Know Me, Dopest Emcee, Give A Hand and much more. Bo the Ceo makes a great point with his message in the clip below. Why is it hip hop is the only music art form that is under the strain of age constraints? Why can't we be in it for life like, the Rolling Stones? For the young ones pay homage, do ya thing and learn from the vets. To the seasoned artist embrace the new generation and keep giving them that raw hip hop. In the words of the legendary Bo "There Is No Age Limit On Hip Hop." read about the Drink-Alot Records Ceo below & watch his exclusive video compliments of Chili-Bo TV.
Chili-Bo is the CEO of Drink-A-Lot Records and one of Ghetto music’s most “Unsung” Talents! A Super Producer, Rapper, Turntable Trickster! (Dee Jay), Musician, Hustler & a mean “Hook/Chorus” singer! Chili-Bo has been on the underground music scene since 1986 and has helped mentor and mold many rappers, singers & Dee Jay's in the business from Southern to Northern California. Chili-Bo continues to create and produce what he likes to refer to as "Ghetto Muzik" for his Long Time supporters and ever increasing fan base!
Drink-A-Lot Records Is An Independently Owned And Operated Record Label Based In Northern California. Founded In 1990 In The mean Streets Of West Oakland California By CEO and Owner Chili-Bo. Over the years Drink-A-Lot Records Has Become A Force To Be Reckoned With! The Label Has Worked With Some Of The Most Influential Artists In The Hip-Hop Underground Scene Such As; DJ IgorBeatz (BayLife Radio), Edreese Nasir (Formerly Known As "Emcee Earl" of The Legendary Oakland Cali Rap Record Label "Raw Dog Records") ,Dutch Da Mac (Carter Block Ent.), Nini Cartier (Carter Block Ent.), Krushadelic, Underground Rebellion & M.C Julie D (Armada Entertainment), Boondox Of Da Bay (Blackman Ent.), Mr. Faulty (D.M.G), Hot Pink Geeksters (H.P.G), Lil Miko & M.C Nae, Tony "Motone" Ray, Johnny $lim ( Formerly Known As “JJ Hard” of Dangerous Music), M.C Kutip, Gorilla Pits, Khaleeq Da' Punisher (CyberJerxxx), Rimshot & Rafeeq Hassaan (Soul Survivors), E.O.T.U.S (Formerly Verbal Essence), Young Byrd (Carter Block Ent.), G-Money Records, Thai-Roc, C-Siccness (Abandon Records), Philadelphia's Hottest Femcee “NTG” (Spitta Gang), Yung Draw (Spitta Gang), Serbia's “Green Yard Krew”, DJ K.I.P (Invizzible Music), D1HB (Da 1 Handed Bandit), Keyshia B And A Host Of Others!
"There Is No Age limit On Hip Hop"
Press Play.. Watch.. Comment.. Subscribe & Share!!!
For More Info Visit Chili-Bo Official TV
Follow Chili-Bo
Youtube
@CHILI_BO
https://chilibomusic.com/home
https://www.facebook.com/chilibo3000
Follow The Label
Ntuneentgrp.com
Need Blog Services??
www.ntuneentgrp.com/services