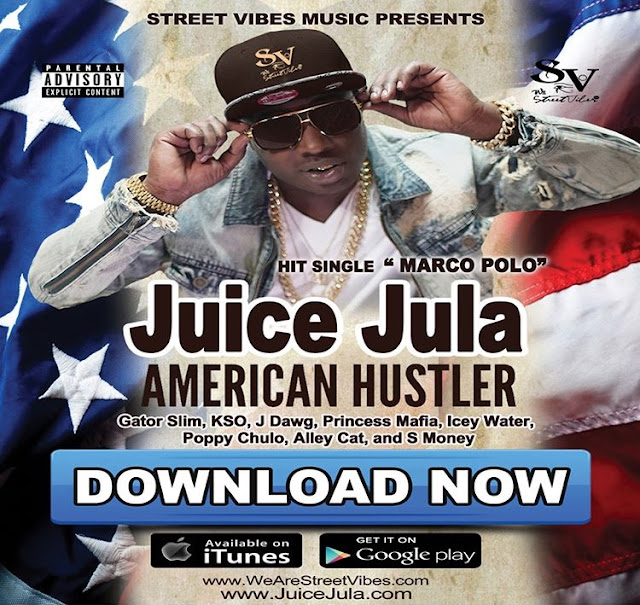 The streets of Houston, Texas or also known as simply “H-Town” may never be the same after Reginald Dwayne Wingate who goes by recording artist Juice J-ULA is finished making his mark. Juice (for short) grew up in Studewood known locally as “The Heights”. He hails from a musically inclined family and started composing music in 2005. He would as a child often sit in on studio sessions with older uncles and other relatives, so when it came time for him to start expressing himself musically it was natural. If you think that Juice J-ULA is just another rap artist you are hugely mistaken.
Before he started writing and rhyming about what he grew up seeing in the mean streets of Houston, he was a great basketball and football player for Booker T. Washington High School. Juice was decent academically and most memorably a member of his school band. He played not one, but two instruments, which were the drums and the trombone. Later in his adult years he would sit down and learn to play the guitar with the late extraordinaire Joe “JB” Bythewood. Subsequently, Juice would start to mix and master his own projects, making him what some would consider a “One Man Band”. Juice J-ULA’s music inspiration growing up consist of the legendary Houston artists Geto Boys, U.G.K., and Fat Pat. He was also inspired by Snoop Dogg, Dr. Dre, and the 5th Ward Boyz. In his career he has worked with a collection of established artists including Lil’ Keke, J-Dawg, Boo Rossini, Mike D (from Houston’s respected Screwed UP Click), Trae Tha Truth, Chris Ward, and OG Ron C. To date, Juice’s most cherished moments musically, is opening up for Lil Wayne at a sold out Reliant Arena and being an opening act for Soulja Boy at the Verizon Center in Houston. Juice J-ULA is one of the foremost acts on the record label Street Vibes Music and plans to soar to new heights in the near future. When it is all said and done, Juice J-ULA’s main goal is to leave wealth for forthcoming generations, proving he stands by his motto “Family always comes first no matter what!”