NEW SINGLE HEATING UP THE STREETS "CHEVY RYDYN" AVAILABLE ON ITUNES AND OTHER DIGITAL MARKETS... 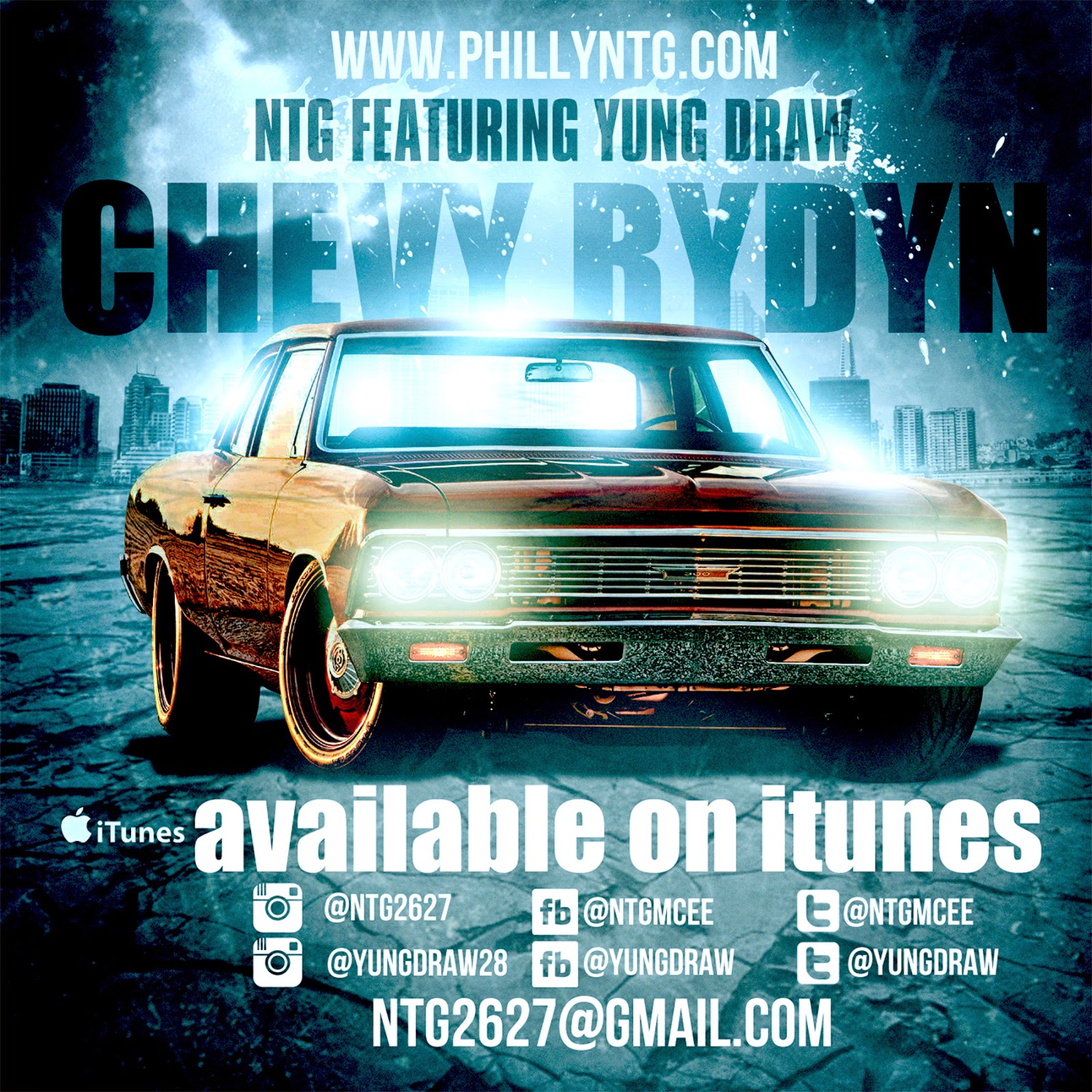 The Spitta Gang Ntg and Yung draw a hip hop couple from Philadelphia and Chester Pa. started doing music together in August of 2011. Their love of each other coupled with their love of music allowed them to click not only on a romantic level but a creative one as well. The connection and passion these two share is undeniable and you can feel it in the music with songs ranging from relationships and politics, to social and economic issues. With a take no prisoner’s attitude, lyrical content and flow this couple has proven they will not be denied.
As a team these two have performed with and or opened up for the likes of; Tone Trump, Kurtis Blow, Dj Too Tuff (The Tuff Crew), Cyhi the Prince (G.o.o.d. Music) and countless other local talent venues and or showcases. In 2013 this independent hip hop duo began their own Independent Label (Ntune Entertainment Group) in order to create the proper forum for the feel good music they love to make. Stayed tuned this power couple is definitely what hip hop needs now love, love, love. Ntg & Yung Draw are the future.