Anthony Dejarnett aka "Jay G"
is a hip hop artist from Indiana. Anthony better known as "Jay G" is a veteran when it comes to the rap game and all that is entertainment.
Currently he's working on multiple projects such as; The mid-west finest mixtape in addition to promoting the A.R. Nation brand in the Denver Colorado, New York, Florida and Kentucky. On the horizon  his mixtape mid-west finest is set to drop September 5th 2015.
Since  pursing his dream of being an entertainer he has done a feature with jody breeze and opened  for artists such as jim jones, corey guns ,freeway & also has done shows with the Topmics tour states from California all the way to south beach Miami Florida.

All respect Llc.  is his record label with artists such as; Syko and Dat Boi (both from the Indiana area)  also he's also the creator of A.R. Nation. Along with his team of heavy hitters. The Mid-West Finest mixtape is sure to be a hit with featured independent artists from all across the united states. 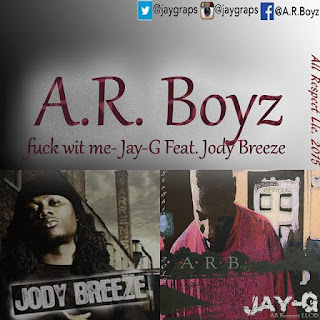